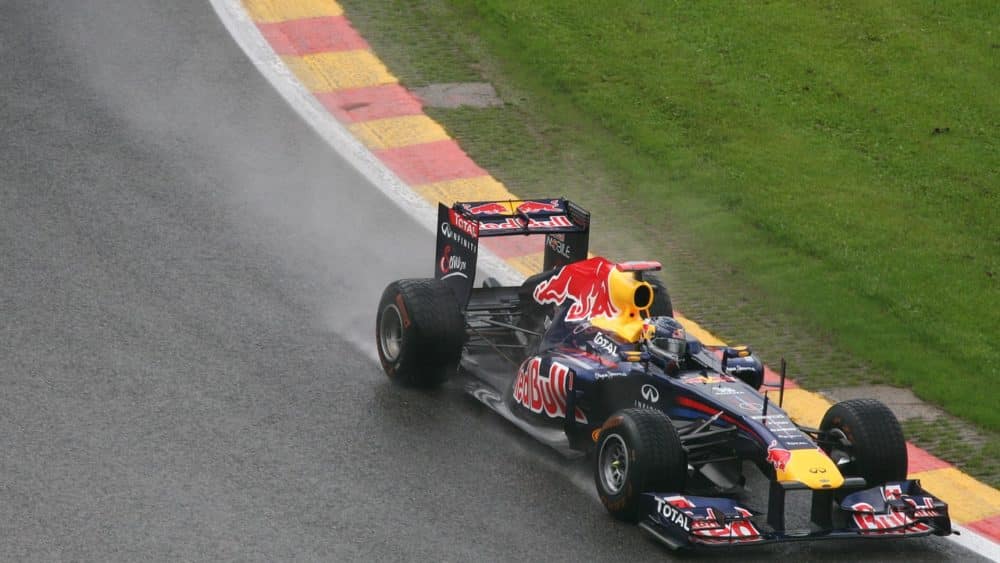 Formula 1 at the Circuit of Zandvoort starting 2020

Many sport fans will not have missed it. In 2020 the Dutch Grand Prix will be driven on the Circuit of Zandvoort. This means that Formula 1 is back in Zandvoort after 35 years. The event promises to be a big spectacle with controversial races, sports and games for young and old. The Dutch Grand Prix comes to Zandvoort for at least 3 times: in 2020, 2021 and 2022. The Formula 1 Heineken Dutch Grand Prix Zandvoort 2020 takes place from the 1st until the 3th of May. In this article we discuss everything you need to know about the race, tickets and the program at Circuit Zandvoort. But also where you can stay, eat and party.

Circuit Zandvoort is located in the dunes north of the seaside resort of Zandvoort, also called Amsterdam beach. The first plans for a circuit in Zandvoort date back to 1930. It took until 3 June 1939 when the first car race was driven on a street circuit in Zandvoort. This race went through the Van Lennepweg, which is now one of the most important supply routes to the current circuit. Despite the outbreak of the Second World War, the success of the races ensured that the plans for developing a circuit were continued. In 1948 the first car race, then still under the name Grand Prix Zandvoort, took place on the circuit. The race was won by the Thai prince Bira in an old Maserati. In the following year the race was driven according to the rules of Formula 1. From 1950 the Grand Prix was officially called the Dutch Grand Prix, but it took until 1952 before the Grand Prix of the Netherlands became part of the official Formula 1 World Championship. In 1952, therefore, Grand Prix Formula 1 races were held for the first time. Almost every year until 1985, the Grand Prix of the Netherlands was part of Formula 1. Now, the Zandvoort F1 race at Circuit Zandvoort will be back on the Formula 1 calendar from 2020 onwards!

The circuit of Zandvoort is known for its difficult turns or as is said: “Circuit Zandvoort is known as a real ‘old school’ track with fast, banked and challenging corners, shaped by the natural dunes.” The drivers must certainly remain focused during the race, although the circuit offers enough opportunities to overtake your predecessors. The track is 4.3 kilometers long and has a total height difference of 15 meters and no fewer than 14 bends. This makes it one of the shorter circuits on the F1 calendar: almost nowhere else do drivers race past racing fans so often!

As known this event is very popular both among Dutch and international fans. Therefore the very last tickets for this can be purchased here. Next to the race, that is going to be phenomenal, there will be several famous artists and other side-events on the circuit.

Are you attending the Grand Prix of Zandvoort? Then it is of course the best if you can spend the night in Zandvoort or the surrounding area that weekend. As a seaside resort, Zandvoort has the necessary hotel accommodation in different price ranges. Even better is to book a place in a town a little farther from Zandvoort, such as Haarlem, Hoofddorp or the Schiphol area (if you coming by plain this is definitly the best option!). A lot of bookings have already been made, so book as soon as you can. Through the following link you find more information about your stay in Zandvoort.

Where to park during the Grand Prix Zandvoort?

During the event Zandvoort will create various Park and Ride areas, where you can park your car. All these Park + Ride areas are located at a distance from the circuit. Therefore there will be shuttle buses run between the circuit and your car. The parking tickets needed will be for sale at a later time. If you have a ticket, you will receive the information by email.

The circuit of Zandvoort is also easily accessible by public transport, due to a direct train connection from Amsterdam, Haarlem and The Hague, Zandvoort. Zandvoort Circuit is a 10-minute walk from the NS Station. You can also go by bus. There are direct connections with Amsterdam and NS Station Haarlem Spaarnwoude with bus line 80. Bus line 81 (including a stop at NS Station Haarlem) even stops directly in the main entrance of Circuit Zandvoort.

* Park at one of the NS train stations on the route to Zandvoort and travel the last part by train or bus. This way you avoid a lot of parking hussle.

Zandvoort is of course not only the place where from 2020 a Grand Prix Formula 1 will be held again. It is also one of the nicest seaside resorts in the Netherlands. Hundreds of thousands of Dutch people visit the beach during the beach season. Many foreign tourists, especially from Germany, love the Dutch beaches. Along the beach of Zandvoort you will also find dozens of beach bars where you can go for a drink or a delicious meal.

Where to party in Zandvoort?

For the enthusiasts there is also a very lively nightlife in Zandvoort. The best known disco in Zandvoort is Chin Chin. Here you will find especially the yonger people who love to party until the wee hours. This disco has been around since 1970 and is a household name in Zandvoort. The doors open at 8 p.m. and on weekdays the last guests leave around 3 p.m. On Friday, Saturday and Sunday you can go on partying until the early morning, the Chin Chin then closes at 5.00 am. After a night out you can relax on the beach.

For those who don’t like the disco but just want to sit at the bar, there are also plenty of options in Zandvoort. Café Neuf, Café Anders and Café De Klikspaan are well-known pubs in Zandvoort where you can relax and enjoy yourself until the early hours. There are also the necessary Grand Cafés where you can not only go for a drink or the daily snack, but also for an a la carte dinner or a delicious lunch.

On the Badhuisplein in Zandvoort you will find a branch of the Holland Casino, the only legal casino in the Netherlands so far. Here you can go for a gamble. Access is only for people from 18 years, you must identify yourself at the entrance, and only if you are dressed correctly.