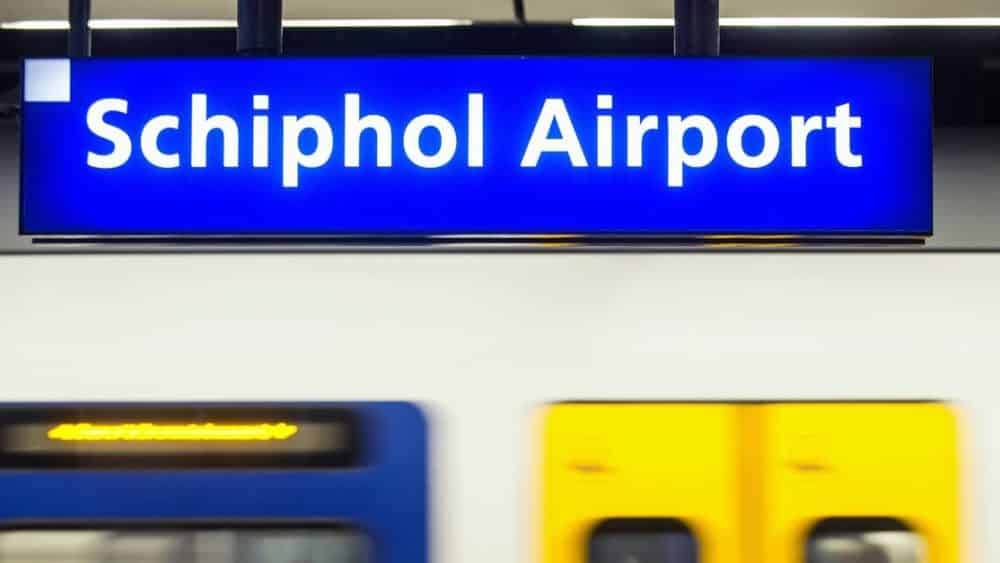 You are in Amsterdam for the first time and ask yourself the question: “How to get from Schiphol airport to Amsterdam city Centre?”. Therefore we made a list of the best options.

From Schiphol Airport to Amsterdam by train

Taking the train to the center is the best way to go to Amsterdam, both in terms of comfort and speed. The train to Amsterdam Central takes only 15 minutes. The Dutch Railways (NS) is the most important railway company in the Netherlands and therefore guarantees train journeys from Schiphol to Amsterdam.

The platforms are right under the Airport and trains run 24 hours a day. From 6 a.m. to midnight the trains depart several times per hour. At night there is only one train per hour. If you want a more detailed overview of your train journey, check the official website of the NS here. Make sure you are on the train to Amsterdam Central, because there are also trains to other stations around the city, such as Amsterdam Sloterdijk or Amsterdam Amstel.

A single ticket costs € 4.50 and a return trip with the same day return € 9.00 (although it is not very likely that you will be heading to Schiphol again on the same day). You can buy a ticket at one of the yellow ticket machines at Schiphol Plaza or at the NS counter near the meeting point.

From Schiphol Airport to Amsterdam by bus

From the Arrivals Hall you can walk to the bus stops within a few minutes. The Amsterdam Airport Express (bus 397) is a fast, direct bus connection with Amsterdam.  If you want to know more about departure times and stops, go to the website of the buss company. Information about bus lines and departure times can be found at 9292.nl. You can plan your entire journey via that site. The bus takes about half an hour and a single ticket costs € 6.50 and a return ticket € 11.25 . You can buy this from the bus driver.

How do I get from Amsterdam to Schiphol by taxi?

If you are in a hurry or like to be dropped off right in front of your door, you can always take a taxi. A taxi to the center is expensive, because it will cost you between € 40 and € 50. If you do decide to take a taxi, you can easily find one at the official taxi rank, which is just outside the arrival hall of Schiphol.