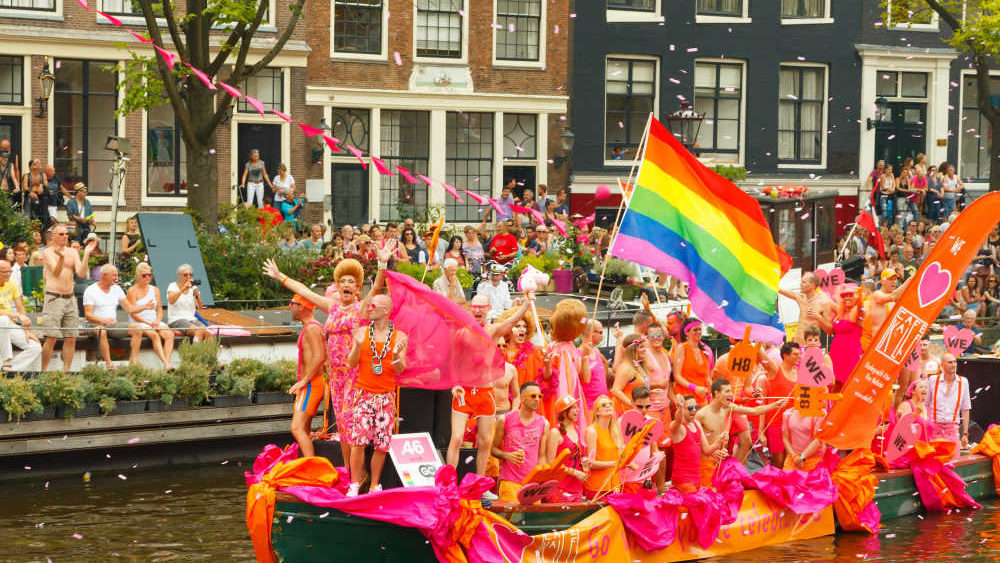 The Canal Parade is a colorful procession of boats that sail through the canals on the first Saturday of August. Originally the trip went from Westerdok via Prinsengracht, Amstel, Zwanenburgwal and Oudeschans to Oosterdok. Since 2017, the boats have been sailing in the opposite direction, namely from the Oosterdok, via the Nieuwe Herengracht, the Amstel and the Prinsengracht to the Westerdok. There are also street parties in the various gay entertainment streets in Amsterdam.

Pride Amsterdam lasts more than a week and includes many different activities spread throughout the entire city center. Since the beginning, several larger and smaller parties have been taking place on Friday and Saturday nights, both in bars and clubs, and outside on the street in the well-known gay nightlife streets such as Reguliersdwarsstraat, Zeedijk and along the Amstel.

The highlight of Pride Amsterdam

The highlight of Pride Amsterdam takes place on Saturday 3 August, with the famous Canal Parade across the Amsterdam canals. After the Canal Parade, the street parties start early in the afternoon. Saturday night is the big “partynight” with various big parties. A well-attended Pink Church service takes place on Sunday morning. Finally, there is a closing party on Sunday afternoon and evening.

Are you present at the Pride Amsterdam? The best way to travel is by public transport. From Amsterdam Central station (the big train station), you can easily walk through the city. The second and even better option is to use metro 52 to Vijzelgracht and you will start in the middle.