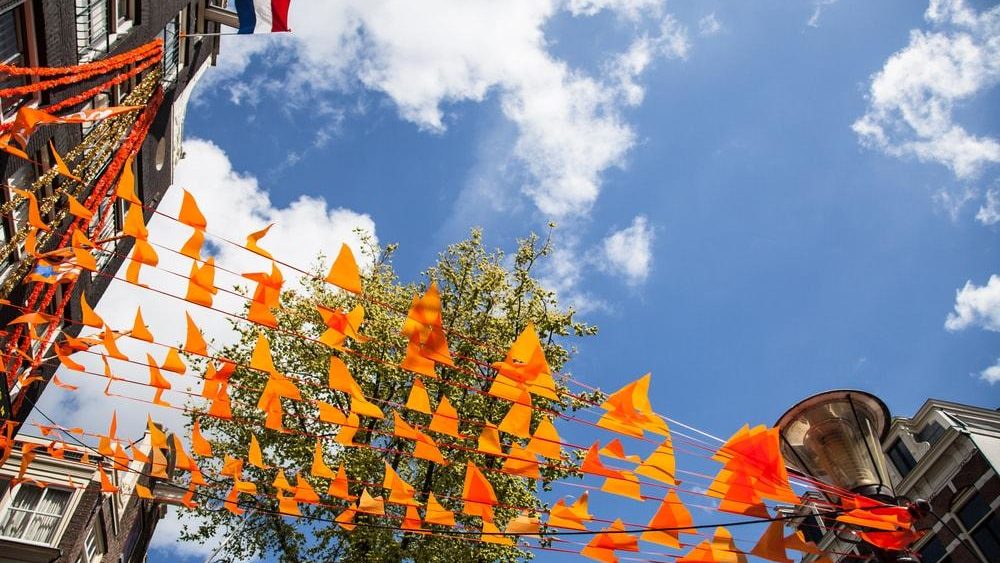 King’s Day is officially the national celebration of the birthday of the Dutch king. In reality, however, it is simply an excuse to party very exuberantly. The celebrations take place throughout the Netherlands, but are especially special in Amsterdam. In Amsterdam, King’s Day (formerly Queensday) is by far the largest outdoor event and attracts many visitors every year.

Markets around the streets

On King’s Day, citizens do not need a permit to walk on the street. This flexible policy leads to extensive flea markets (the so-called free market). Amsterdam in particular is known for its celebration and large free market and attracts around half a million visitors every year. Besides many Amsterdammers themselves there are of course also many thousands of visitors from the rest of the country and a large number of foreign visitors. For many tourists, ‘Queen’s Day’ is one of the most important events of the year in Amsterdam. There are also extensive open air parties in many places.

On April 27, 2020, many parties and festivals are organized throughout the country. In the past, the festivals were still organized in the center of Amsterdam. A few years ago, the municipality put a stop to this to distribute the many partygoers (and tourists) a little more over the city. In addition to the party in the city center, in 2020 you can go to the following locations in Amsterdam for a great festival:
– Amsterdam RAI: Kingsland Festival
– Meerpark: Loveland of Orange
– Olympic Stadium: Orange blossom
– Westerunie: Cartel Kingsday