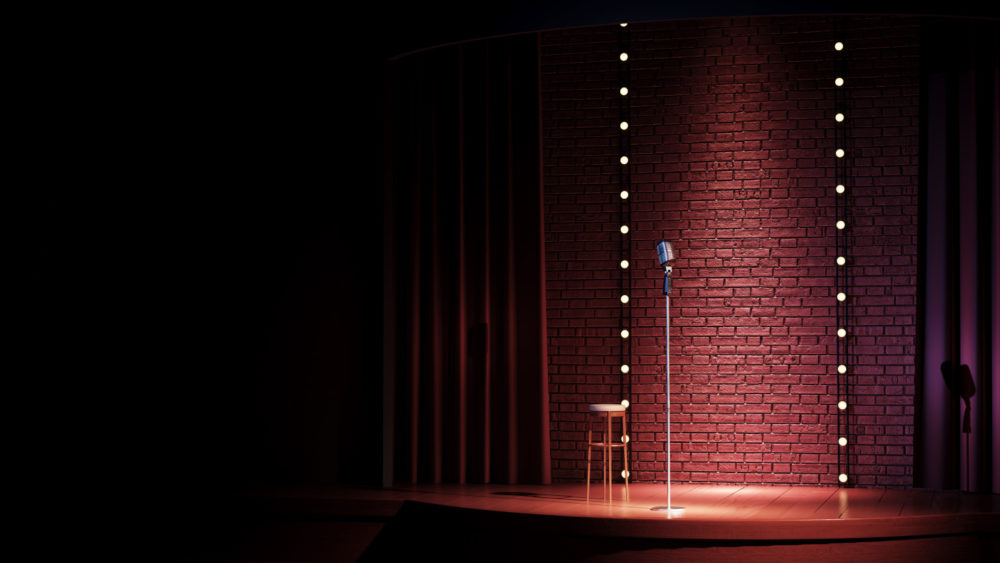 A nice night out in Amsterdam? Have you ever thought of attending a comedy show in Amsterdam? Laugh together, enjoy live entertainment during stand-up comedy shows? A comedy show is a fun outing for any occasion: it is relaxing as a company outing, but also perfect for a bachelor party! During a comedy show you can enjoy the most hilarious jokes and fun sketches, performed by the best stand-uppers and professional comedians.

The Comedy Embassy in Amsterdam welcomes foreign dignitaries from the international stand-up community and offers an excellent guarantee to laugh. At the Comedy Embassy, you are at the right place for some english stand-up comedy. This comedy show is the highest one ranked on TripAdvisor, so that is promising!

With their motto: “Life is better when you laugh” Boom Chicago, in the very center of Amsterdam, offers English comedy nights. At Boom Chicago’s there is a big variety of (English-language) comedy shows. Also they do not only offer stand-up comedy, but also special events, dancing, performance, magic, escape rooms and other creative events. At their website you will find more exciting information about their comedy events.

Although the comedy train offers a lot of comedy shows in Dutch, there are also a few international shows at this cosy cafe. At Toomler, hilarious and inspiring comedians are invited to give you a night you will not forget! Make sure you check the website to view when there are international shows. See website.

De Kleine Komedie is a theater in Amsterdam located on the Amstel and was built in 1786. It is the oldest theater in Amsterdam and can accommodate 503 spectators. Therefore the location is already an experience on itself. Visit their website for international shows or ask at the box office for “Language No Problem” shows.