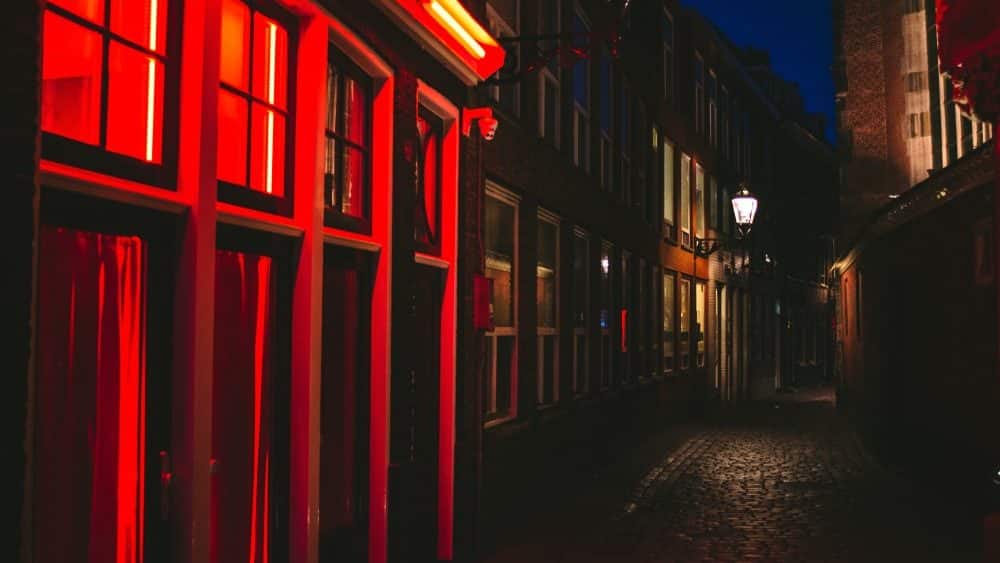 4x Fun Things To Do in Amsterdam

Wanna do something fun and learn more about Dutch culture, Amsterdam’s history, legal prostitution & cannabis shops? Check out this list with five fun things to do in Amsterdam.

For those who want to learn about prostitution in Amsterdam’s most infamous area this tour is a must! The Red Light District represents the liberal and open-minded Dutch culture. In this part – that is locally known as De Wallen – residents live just next to and above window brothels. Only here one can see a church that is surrounded by window prostitutes.

Learn how the legal sex trade works in Holland, where the sex workers come from, hear about the safety measures, what they earn and how they are fighting the Municipal government to keep their working places. Highlights during this Amsterdam Red Light District tour include; narrow window brothel alleys, world’s first condom shop, Chinatown, the oldest building in Amsterdam, coffeeshops and much more!

To do’s after the Red Light District Tour: Visit Europe’s first gay friendly cafe ‘t Mandje. Eat some typical Dutch snacks at the FEBO snackbar. Or stand in the window yourself during a visit to the Museum of Prostitution.

Drugs are a big part of Amsterdam’s international image and can also be fun things to do in Amsterdam! But how does the Netherlands actually deal with legal and illegal drugs? This Amsterdam Drugs Tour provides the best overview of the Dutch approach to drugs and what makes it so different from almost all other countries in the world. Hear when and how drugs first appeared and what the societal reaction was to it in The Netherlands. Get informed about hashish, weed, XTC, cocaine,  alcohol, magic mushrooms, heroin and whatnot. See the highlights scattered throughout Amsterdam’s historic city center together with your expert guide. Always wanted to know more about drugs and Amsterdam? This Amsterdam Drugs Touris the tour for you!

To do’s after the tour: visit Kokopelli – Amsterdam’s best smart shop, buy some Magic Truffles and chill out in the Vondel Park. Eat some quality Asian cuisine in Amsterdam’s China Town.

Learn how the Dutch turned a tiny swampy village into the centre of world trade. The story of Amsterdam is one of the most interesting historical stories in the world. Modernity started in Holland’s capital. But how and why did it happen here in Amsterdam and not in Antwerp or some of the other famous Italian trading cities? During this tour you’ll hear all the answers whilst exploring Amsterdam’s medieval centre and the UNESCO World Heritage canal ring. Hear what makes Amsterdam’s story so unique in world history. Highlights of this Amsterdam History Tourinclude; Amsterdam’s oldest building, the Royal Palace, the Anne Frank House, the Wester Church and much more.

To do’s after the tour: Visit the Anne Frank House– Do a private boat cruisethrough Amsterdam’s Canals – Enter the Royal Palace on Dam Square.

Don’t feel like exploring Amsterdam with a tour group? This new Amsterdam Audio Tourmight just be the thing for you. Navigate Amsterdam’s Red Light District on your own with the help of audio tour guide Sophie and 22 local and international experts that you’ll meet along the way. One of the main benefits an audio tour is that you can now tour at any time you like. Had enough? Press pause and pick up after having a rest in one the many great cafes in the area. This option is also a lot cheaper with just 4,99 euro per download.

Fun things to in Amsterdam after after the audio tour: Climb the bell tower of Amsterdam’s oldest building(The Old Church) for a great view of Amsterdam’s medieval city centre – Visit the hidden church museum Our Lord In The Attic– Have lunch at the Nieuwmarkt district.