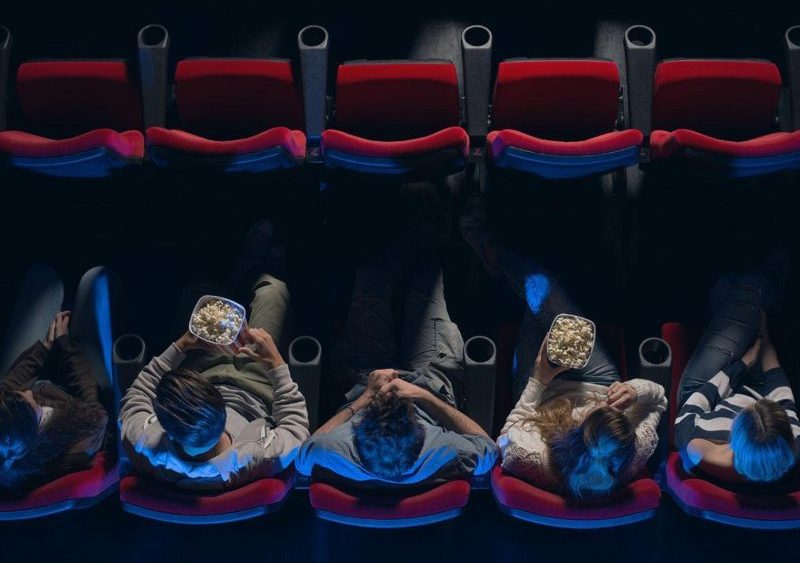 Are you in Amsterdam and do you want to enjoy a nice movie? There are a lot of cinemas in the centre of Amsterdam where you can enjoy the latest movies. We made a list of the best cinemas in Amsterdam.

Pathé is the largest cinema chain in the Netherlands. Therefore they also have 4 locations in Amsterdam. The first location is The City Theater or Pathé City, located 40 meters from Leidseplein and diagonally opposite De Balie. The building accommodates a modern arthouse cinema with seven screens and a total of 625 seats. This cinema is aimed at an audience that comes for a good film and everything that can be thought of, such as a grand café and a casino in the basement.
Address & opening hours: Kleine-Gartmanplantsoen 15-19, 1017 RP Amsterdam. See times and tickets

Pathé Tuschinski (originally Theater Tuschinski) is a cinema with six screens in the Reguliersbreestraat in Amsterdam. Before the war, the Tuschinski Theater was the most popular cinema in the Netherlands. It was opened in 1921 by the cinema tycoon Abraham Tuschinski, who opened all the registers of the so-called Tuschinski style, which was recognizable in all the cinemas he founded. In 2000-2002 the building was restored and brought back to the situation of 1921-1936, the period that Abraham Tuschinski was in charge. A must see if you come to Amsterdam! See times and tickets
Address & opening hours: Reguliersbreestraat 26-34, 1017 CN Amsterdam.

Pathé de Munt is one of the largest cinemas in the center of Amsterdam. The cinema is located at Vijzelstraat 15, on a short distance from Pathé Tuschinski in the Reguliersbreestraat. Both cinemas are adjacent to each other behind the Reguliersbreestraat stores. The cinema has 13 screens spread over three floors, with a total of 2415 seats; the largest room has 382 seats. The cinema has even opened a Dolby Cinema room.
Address and opening hours: Vijzelstraat 15, 1017 HD Amsterdam. See times and tickets

Pathé Arena is a multiplex cinema in Amsterdam-Zuidoost from cinema operator Pathé. The cinema is located on ArenA Boulevard 600, adjacent to the AFAS Live. This location is the largest cinema in the Netherlands in terms of the number of rooms and seats. The cinema has 14 rooms spread over 2 floors with a total capacity of 3246 seats. The largest room (14) has 598 seats and is used for IMAX performances; the screen in this room has a size of 200 m². Characteristic of the cinema are the luminous stairs on either side of the escalator.
Address & opening hours: ArenA Boulevard 600, 1101 DS Amsterdam. See times and tickets

Cinecenter is an intimate arthouse cinema in the center of Amsterdam’s city center. In Cinecenter you can enjoy quality films. Cinecenter is located 50 meters behind the Leidseplein opposite the Melkweg. They also have a special offer for tourists & expats. Every second Sunday and every fourth Thursday of the month at 9 pm, they screen a selection of recent foreign language films with English subtitles!
Address & opening hours: Filmtheater Cinecenter, Lijnbaansgracht 236, 1017 PH Amsterdam, The Netherlands. Monday through Saturday: 30 minutes prior to the first screening of the day. Sunday: 10.30 a.m.

Film theater Kriterion is a student-operated cinema on the Roetersstraat in Amsterdam. It originated from the student resistance during the Second World War. With this approach, Kriterion has since deve loped into a cultural institute where a diverse audience meets to enjoy the cozy café and varied film offering.
Address & opening hours: Roetersstraat 170, 1018 WE Amsterdam. Monday through Sunday: 30 minutes prior to the first screening of the day. See times

At Studio K you will find a mix of the better public movies and the more famous arthouse movies. The experience of watching a movie does not stand on its own for us. We often organize special evenings around our favorite cult classics, about premieres or about films that we just love. You can always watch a movie in a cozy living room atmosphere.
Address & opening hours: Timorplein 62, 1094CC Amsterdam. Monday untill Thursday: 11:00 – 01:00. Friday and Saturday: 11.00 – 03.00. Sunday: 11.00 – 01.00

Rialto has always had a warm heart for non-Western cinema. Because not only in Europe and America, beautiful films are being made. In addition to all those beautiful European and American films, you can also see those excellent movies from Latin America, Asia and Africa.
Address & opening hours: Ceintuurbaan 338, 1072GN Amsterdam. Monday untill Sunday from 12:00 untill 00:00

De Balie produces programs about art, culture and politics. In thirty-five years, De Balie has grown into a phenomenon in the field of high-profile debates, films and art projects. The café-restaurant is a meeting place where you can go from early to late.
Address & opening hours: Kleine-Gartmanplantsoen 10, 1017 RR Amsterdam. Monday untill Sunday from 16.30 untill 21.00.

Both the better films from Hollywood as well as award-winning films from Europe and the rest of the world are given space in De FilmHallen.
Address and opening hours: Hannie Dankbaarpassage 12, 1053 RT Amsterdam. See opening hours